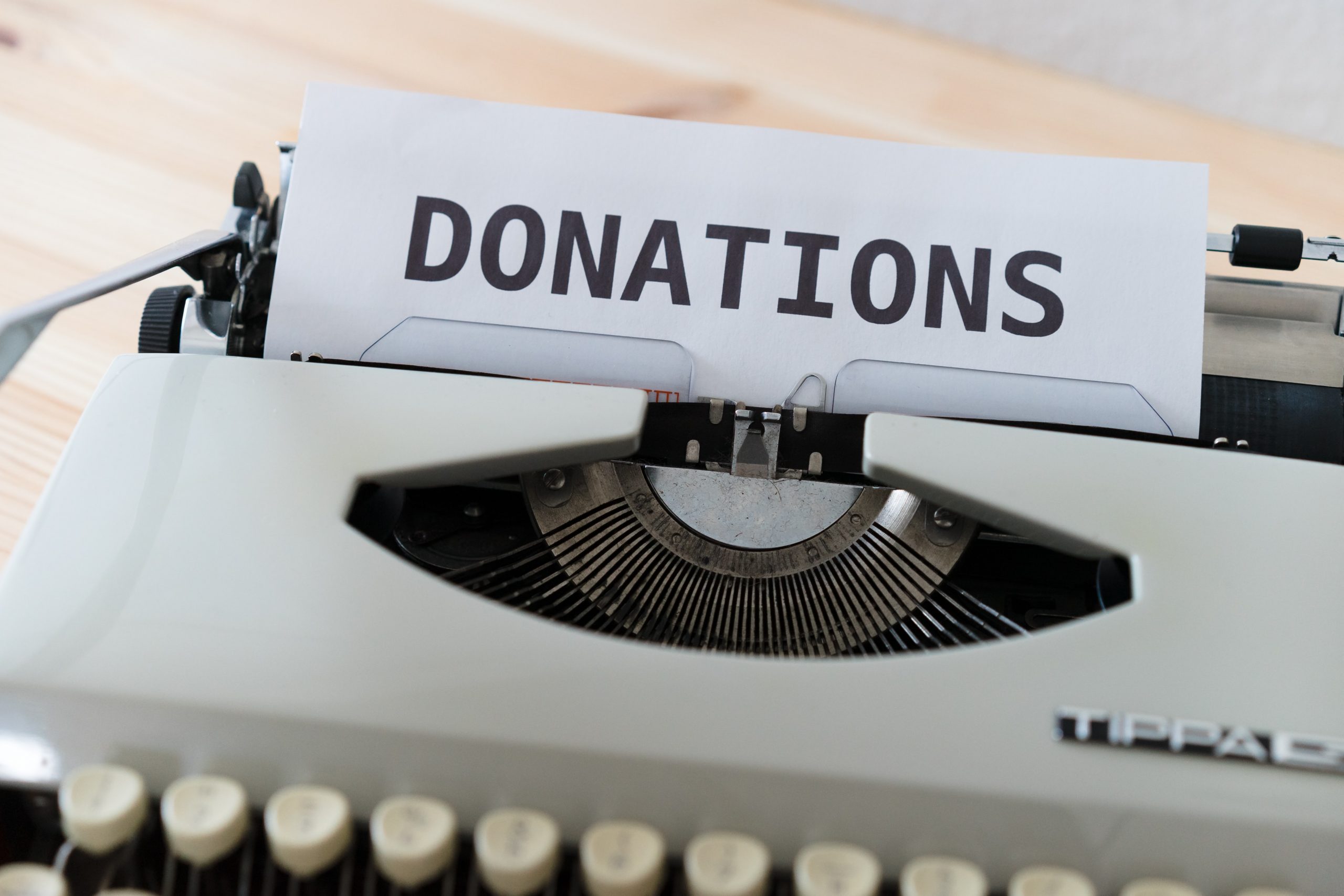 When the COVID-19 pandemic halted in-person events, the nonprofit community took the hit particularly hard. That’s because these organizations typically receive large portions of their donations from annual events such as galas and benefits.

Since folks were prohibited from gathering—and digging into their pockets—in person, nonprofit groups and organizations have had to take their efforts online and host virtual fundraising events.

What is a virtual fundraiser?

Simply put, a virtual fundraiser aims to raise funds, just like a comparable live in-person event. But rather than relying on fancy dinners and decor to woo donations, nonprofits need to create a compelling digital experience that will inspire folks to give. And although they might not have as much razzle-dazzle as IRL parties, virtual fundraisers allow organizers to reach a wider audience and introduce their cause to more people, as well as offer the chance to enlist folks that might not have been able to help in the past. Plus, there’s typically less overhead costs such as transportation.

How can nonprofits raise money online?

Rather than selling tables for an IRL gala, nonprofit organizations need to engage their audience virtually, using digital methods to bring in money such as setting up a donation page and promoting the event on social media. Some of the tried-and-true fundraising methods like detailed calls to action still apply to virtual events, though, and help potential donors see how their money supports recipients.

For example, during its recent #SeeAPlateFillAPlate challenge, Panera encouraged folks to give to TogetherWithoutHunger.org, stating that “a $3 donation will help put a freshly-prepared meal on the table for a person in need.”

Another common practice is peer-to-peer fundraising, where each participant or competitor helps raise money toward the cause via their own shareable online fundraising page, which includes setting their own goals. Organizers can then offer incentives like T-shirts to participants for reaching $X amount.

Also, depending on the event, organizations can also choose to charge a registration fee or ticket price or offer free admission with a suggested donation amount.

1. Host a virtual race or walk

Similar to a live race, participants pay a registration fee to enter and are expected to meet a target, either distance or time, such as run five miles or run for six hours straight or complete 100 miles over a month. Participants usually choose to complete the task whenever they like. Some virtual races are scheduled to start at specific times, but most can be done whenever it's convenient either indoors on a treadmill or outside (while practicing social distancing of course). Oftentimes, the runners/walkers are encouraged to share photos via social media as “proof.” Those that complete the run/walk might be able to win a medal or prize.

For example, this year, Buffalo Trace Distillery’s annual Great Buffalo Chase 5K was hosted virtually. So instead of running around the distillery grounds, participants were asked to run or walk in their local neighborhoods, from July 3-5, wearing patriotic gear (since it took place over July 4th weekend) or Buffalo Trace attire. Runners were sent a commemorative T-shirt and race bib and were encouraged to follow along on social media via #ChaseTheBuffalo. All proceeds benefited the Kentucky distillery’s local VFW.

Instead of asking folks for cash money, organizations can use social media to promote their cause and engage patrons in a fun, easy way. For example, Support + Feed recently partnered with Plant Based Party and Reverb on its #plantbasedparty initiative, encouraging people to post a photo of their plant-based meals (from a restaurant or homemade) on social media with the corresponding hashtag. For every mention, sponsors Gardein, Péla, and ChowNow donated up to $40,000 to Support + Feed, which provides plant-based meals to people in need including women’s shelters, senior centers, and people experiencing homelessness, as well as Reverb, which works to unite the music community in the fight against climate change.

Many nonprofits are being forced to reimagine their annual in-person black-tie galas into virtual versions that still offer “tables” and tickets for purchase, but guests can attend in their PJs instead of gowns. These events generally forego the catered meal and awards presentations for digital programming that’s more commonly found at a conference. For example, the 11th Annual Glide Legacy Gala, A Virtual Gathering, which is set to take place on August 15, will feature a panel discussion and live Q&A with the 2020 honorees of the Cecil Williams Legacy Award and the Janice Mirikitani Legacy Award, followed by a digital dance party with a DJ. A donation of any amount (the suggested minimum is $25) will grant attendees access to the live-streaming event; those who donate $1,000 or more will receive VIP room access, plus a “gala kit” with branded swag, cocktails, and treats.

In order to create a connection between the cause and its donors, consider hosting a virtual symposium where folks can hear directly from leading experts and leaders in the field. This October, the Breast Cancer Research Foundation is slated to host its inaugural virtual symposium and awards luncheon, which will include “virtual tables” featuring private discussion groups with BCRF researchers.

One of the upsides to hosting a virtual fundraiser is that it allows organizers access to more people, including popular celebs. If possible, enlist the help of a well-known star or even an influencer to promote your cause either during a virtual event or via social media. For example, Panera, in conjunction with fundraising partner DKMS US, was able to deliver 500,000 meals to Feeding America with its Together Without Hunger initiative. Celebs like Kim Kardashian West and Drew Barrymore brought awareness to the cause by decorating empty plates and sharing selfies with their masterpieces on Instagram with the hashtag #SeeAPlateFillAPlate.

Whether it’s a full roster of performers or one major headliner, a live-streamed concert can raise awareness and needed funds for your cause. During LA Family Housing’s recent virtual fundraiser titled “Home Together,” viewers were able to enjoy musical performances by artist India Arie and actor/ singer Ed Helms. For the digital gathering, which took place in lieu of the organization’s annual awards gala, the organization partnered with local vendors to provide special menus and tasting flights for sale. While the program and concert were offered free of charge, a portion of the proceeds from each wine and food purchase went to LA Family Housing.

During the pandemic, more and more folks have been practicing their at-home cooking and baking skills. Embrace this trend and organize a virtual cooking class or tasting for donors. You could enlist a chef, mixologist, or sommelier to lead the lesson and partner with local vendors to offer custom prep kits for purchase.

In lieu of the annual Harlem EatUp! food festival, executive producers Marcus Samuelsson and Herb Karlitz presented Harlem Serves Up!, a televised fundraiser that featured chefs and restaurateurs broadcasting live from Harlem. Viewers were able to virtually visit local restaurants like LoLo’s Seafood Shack to hear how they have been affected by the pandemic. Proceeds raised from the show benefited Citymeals, World Central Kitchen, Harlem Park to Park, and Uptown Grand Central.

Since large gatherings inside venues are still a no-no, some organizations are thinking outside the box and hosting outdoor drive-in events. Tribeca Enterprises partnered with IMAX and AT&T for this summer’s “Tribeca Drive-In” movie series, taking place in California, Florida, Texas, and New York. For each event, Tribeca works with local vendors to support small businesses and make the experience unique to the community.

Online auctions aren’t a new concept, but the shutdown of live events has made them more necessary than ever. Similar to an in-person silent auction, bidders are able to digitally place their bids on donated items via an online auction hosting platform. In July, The World’s 50 Best Bars (which is owned by William Reed Business Media) launched its “Bid for Recovery” auction to support the hospitality sector. The global gastronomic event featured lots from bartenders and brands including three nights of bar hopping in New York and courtside seats at the French Open ladies’ final in 2021.

Make giving easy by creating an online store where patrons can buy products from a local business, then either have the goods delivered or coordinate safe pick-up spots. In an effort to support the Equal Justice Initiative, Food Bank of New York City, and Crew Nation, Governors Ball organizers launched a special line of merch, with all proceeds going to the charity partners. Festival fans can also purchase pro photographs from past fests, with proceeds going to the charities as well as the participating concert photographers.

In order to bring attention to your cause, reach out to a brand, sponsor, influencer, or prominent figure to ask if they would be willing to “donate” their social media account. By posting content through their handle, you’ll be able to link back to your organization, thus educating a larger audience. The #ShareTheMicNow social media campaign for the Black Lives Matter movement involved Black women taking over the accounts of white women with a large Instagram following to help magnify their voices and stories. For example, beauty editor Kahlana Barfield Brown teamed up with Julia Roberts to take over her account for the day. (ICYMI: Instagram is also currently testing out a new way to raise money for a personal cause, small business, or friend.)

Sometimes the best way to encourage folks to give is to give. That’s the idea behind an online raffle. For example, boutique owner Hala Moawad recently launched an online charity raffle called “It’s Lebanon’s Anarchy That Bothers You” to benefit Beit el Baraka, a Lebanese nonprofit organization that’s committed to providing families with basic products, food, and medication. Visitors could win a prize by purchasing tombola (a.k.a. lottery) tickets for each specific item. (Or they could simply buy their favorite piece using the “buy-now” option.) Prizes included contributions such as a Jacquemus micro-size Le Chiquito bag, photographs by Nicolas Niarchos, and more.

For National Lipstick Day on July 29, beauty brand Charlotte Tilbury presented a live charitable masterclass via Zoom, which was hosted by celebrity makeup artist Sofia Tilbury and influencer Niomi Smart. During the class, Tilbury shared her tips and tricks for the perfect pout, and each participant received a discount promo code to use on their next purchase. Proceeds from the ticketed event benefited Women for Women International, a nonprofit organization that serves women in crisis and provides resources to impoverished communities around the world.

Have you produced a virtual fundraising event recently? Email us at [email protected] for a chance to be featured. 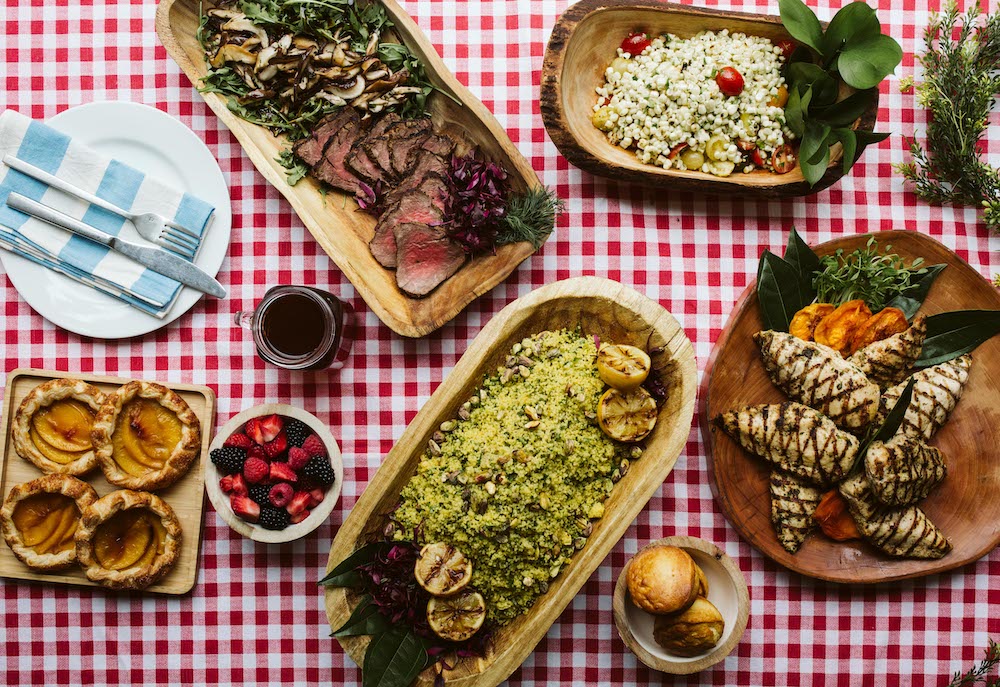 How Anyone Can Host a Virtual Dinner Party 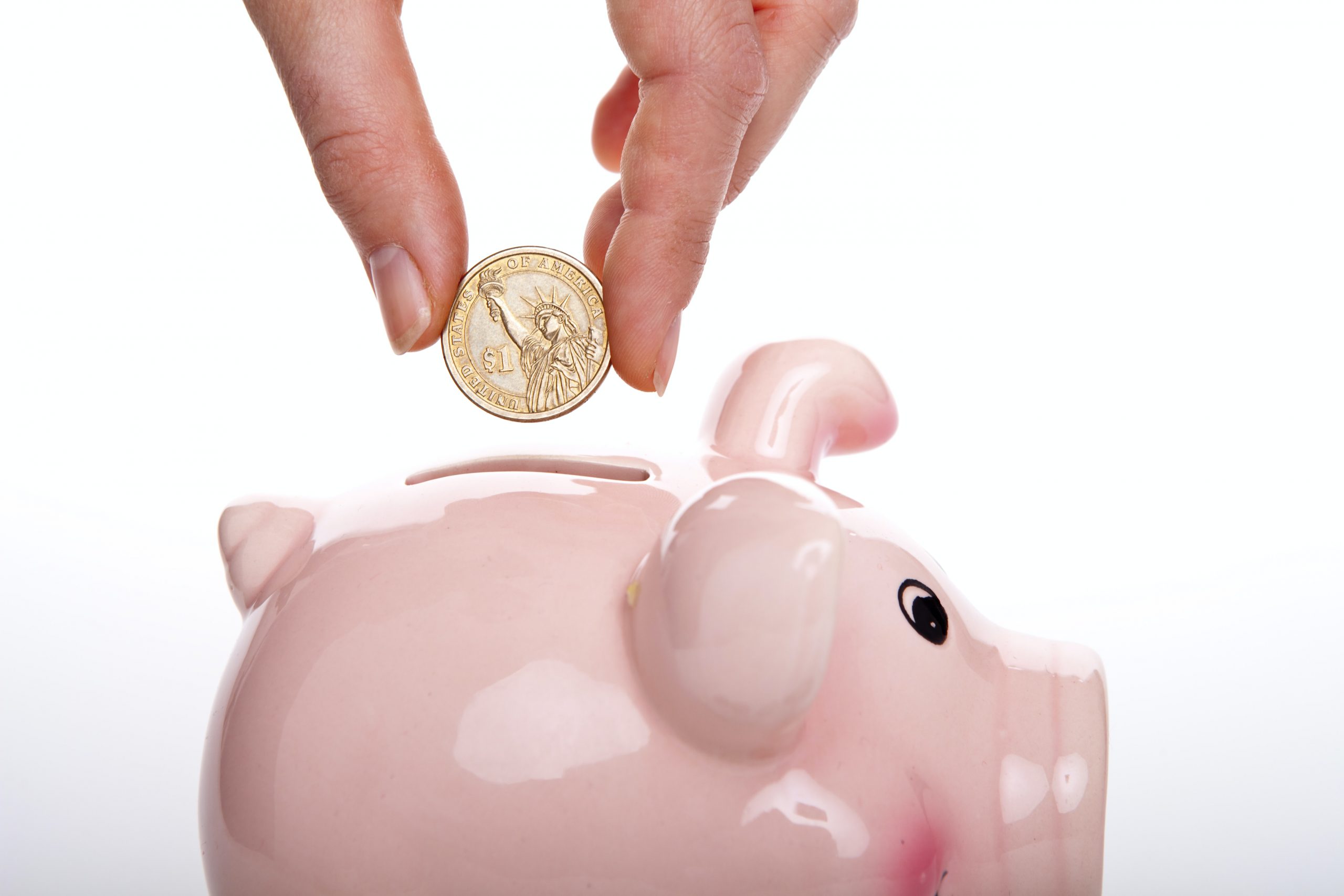 How to Budget for a Virtual Event 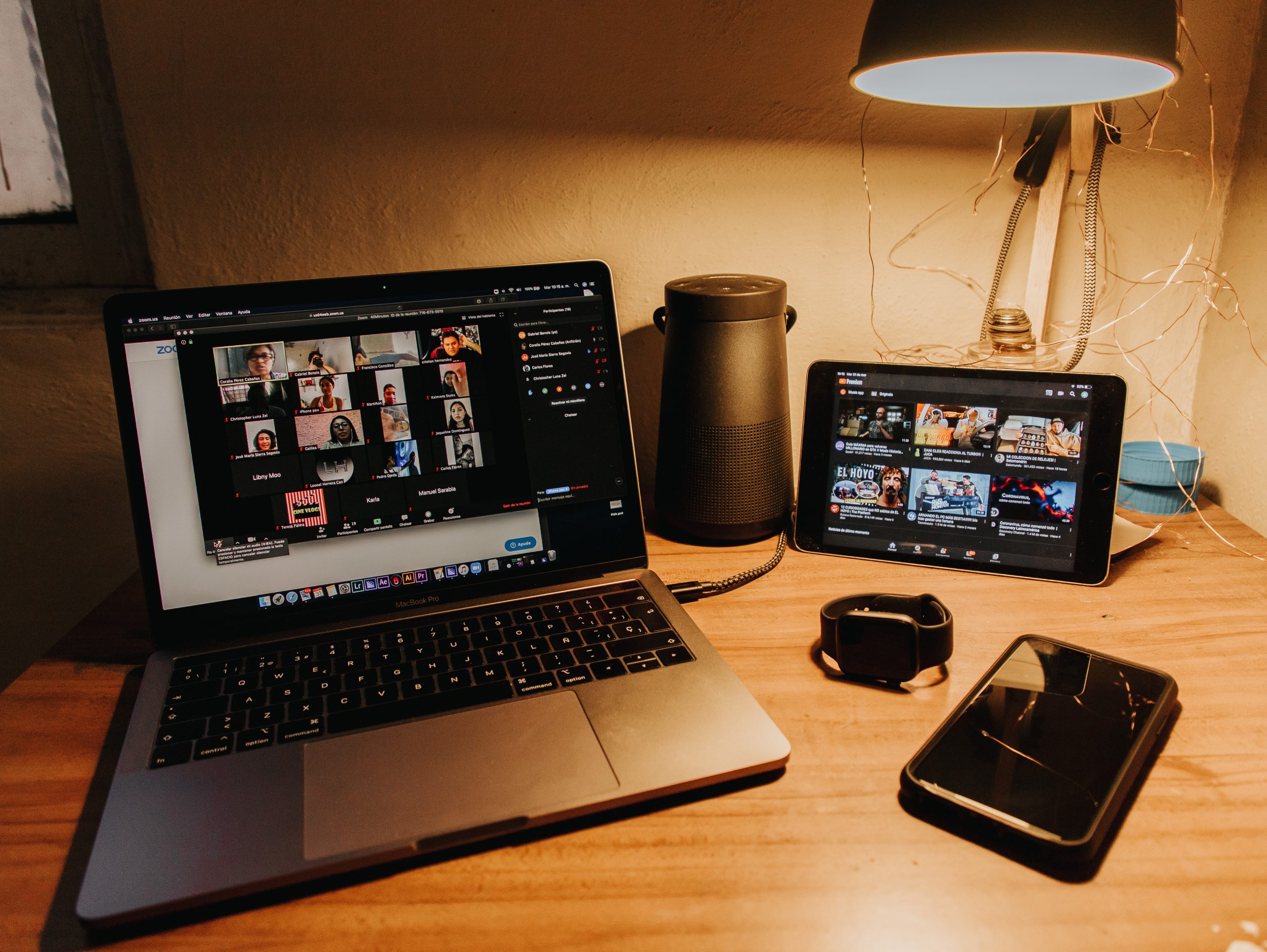 Watch Now: How To Find Event Tech For Your Next Virtual Event 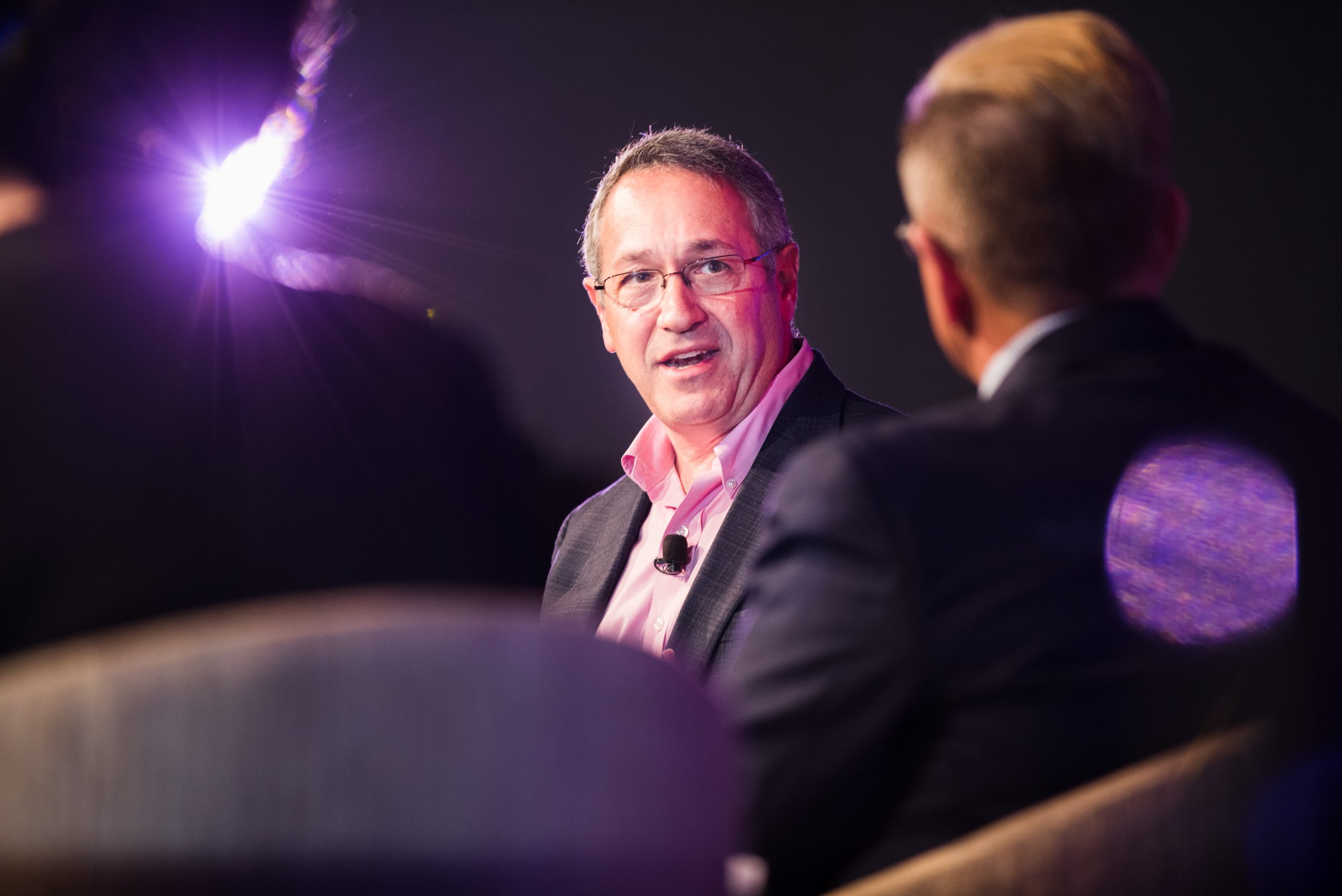 By The Vendry | March 13, 2020
The Vendry is the leading destination to help you plan your organization's next virtual, hybrid, or live event
Visit The Vendry